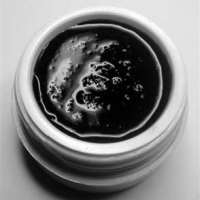 About Black Salve Paste with DMSO and black salve blood root capsules. These are both very powerful products, I used the paste externally to remove a breast lump thru the skin, and the capsules internally, 2x3 times a day for 4 months, until the core was dead. I did no conventional treatments. Thank you, and Bless you!

Hoping for preventative anti-melanoma result. As I have been taking the Bloodroot Capsules for about 6 months, they seem to be working by the fact that at my last two visits to the Cancer-Scan clinic, nothing has been found to cut out, but previously they would usually  find one or two things.  So I will continue taking it in the hope that it keeps me free from them.

Amazing! I had a mole that appeared on my chest.. my doc a skin specialist said it was fine .. if it got to 5mm come back and see him... i read about the problems that biopsies can bring ...so i went the Best on Earth Black Salve route... put it on and it stung a bit but nothing happened... reapplied a week later and away it went just as the You Tube clips show.... ten days later and some pain out it came .. the crater about the size of my fingernail had a white dot.. so i put some more in... and then away it went again... although not as big  a reaction.... the pain because of the raw skin was huge had to get some strong relief ...my doc was ok ...anyway the second smaller eschar fell out  and it healed after ten days... that was three years ago.. i should have had a punch biopsy then i would have known what it was .... by the pain i would guess that it could have been a melanoma but not sure... anyway no sign of it since.

I am 77 & the only pills I was taking before these were Magnesium for cramps in my legs, Vita B & C.

Since starting on the Bloodroot Capsules (6 a day)I haven't needed to take the supplements above because I haven't had cramps.... My body doesn't ache like it used to do either.  I am keeping an eye on a cyst on my thumb in the hopes that it clears this, because it is deforming my thumb..

My husband has a small cancer in his prostate, a number of 9, & now he is using me as a guinea pig to see any improvements I might get.

I have used the Black Salve for a tiny growth on my nose that couldn't really be seen from the outside, but was beginning to block my airway... got rid of it in no time at all & no scaring.

Used black salve w/DMSO exactly as instructed, a 1/4 in diameter scalp growth fell off within 5 days - thank you!

Recently I had a CT scan, with and without contrast, they showed a nodule in my right lung. Contrast first detected it and three months later without contrast then six months later I had another scan which detected NO growth. I started the regimen of Back Salve Caps along with Organic Green 180 to keep my system basic. I also up my dosage of EllagiCaps. There has been no growth of the nodule and the doctor cleared me for another year.

I also have used Black Salve Ointment for skin cancer on myself, which included melanoma, and had other people use it under my direction. I stopped counting at 35 with not a failure. This product works too.

I have been taking 3 Black Salve Bloodroot Capsules with each meal for about 5 months now. I had a BCC on my eyelid and it seems to be going away without surgery. I have also changed my diet and eliminated several food groups to improve my general health.

I have used black salve thru out the past 8 years. If I ever have a bump/spot I do not like the look of I put some on wait 2 weeks and the bump/spot falls off and my skin heals up. I have been very happy. *it does Burn/Sting and is painful for a few weeks till it does its job.

Black Salve came to our rescue many, many years after my daughter was given just 4 weeks to live from a stage 4 Melanoma which the specialist had been refusing to remove for almost 8 years. She is still alive and Cancer free today thanks to Black Salve. Many other family members and friends are alive all thanks to Bloodroot Capsules. Its about time that Governments stop using chemo to treat internal Cancers, God bless you all!

I had the Devil take up on my shin 8 years ago. Big, bad and ugly. I already had Black Salve from BOE. It hurt something fierce when applied. Along with whole pineapple for digestion, and stopping Melatonin for awhile, the devil had to leave, and has not returned. For the enlightened, this is a good product to store away for when and if. Thanks BOE and Rick at BSI.