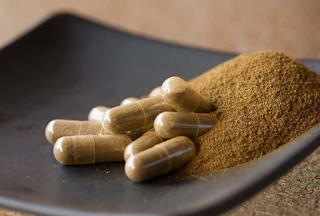 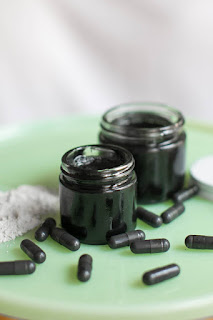 It simply WORKS!   We have used it to remove skin cancers and I had growths.   I would not use it on my face but each circumstance is different. It has removed several skin cancers and the odd mall or two! Safe If used as directed!   Always remembering your body has natural defenses. You must give it time to work. Each removal is different.  Little or no scarring. I removed a small cancer off the back of my leg. It left a perfect round crater which gradually filled in with clean baby skin. That was several years ago, now you cannot even tell where it was.
-Kathy W.

I had read about Black Slave on the Internet and was referred to this brand. I had a skin irritation on my shoulder that would not heal for OVER two years, and finally went to a Dermatologist. I was diagnosed with Basel cell, so they said. I thought I would give this a try, and after about ten days the lesion was totally healed.Don't get the area wet at all and let the scab fall off by itself. I am still amazed at how great this worked. They threw in a container of moisturizer with it for free. I am keeping the container in the refrigerator.It should  keep for a long time. :)
-John

I had over 50, yes 50, spots of skin cancer. Doctor wanted to cut them out 3 at a time. I said, l'll try Black Salve.  My last skin cancer is almost gone. Everyone of them WITHOUT surgery!
I thank God for Black Salve. I wish the whole world knew!!
-D Ray Miller

I have used this product 3 times on one place on my face. The root could still be seen that is why I used it 3 times. A skin cancer nurse said I would need to have a biopsy on the small dot on my nose so I salves it instead. I had a reaction but it has nearly gone back to normal. Fantastic stuff. Black salve is strong stuff. Small amounts are best. The Escher that will form needs to be kept moist, this might be to help new skin grow back. Everyone was saying how bad it looked but for some reason I wasn't scared I knew it was doing its job. I am on your black salve page and lots of info on here. I have now started taking the bloodroot caps too, I think this might have helped tone down this latest eschar.
-Karen Mc

I purchased the capsules to take should I get cancer, several weeks ago I gave some to a lady up the road her dog had several tumors she said the tumors are shrinking and become very soft, her vet is going to keep a eye on the dog. The vet is very interested, fingers crossed.

This product is truly a blessing from our Creator, used correctly and most importantly with prayer, my wife's 82 year old Aunt had an extremely strong response to a skin cancer on her hand, but when prayed over it healed within 2 weeks. Praise God!!!
-Wyman K.

Our little 6 year Dachshund was diagnosed with thyroid cancer in Bloodroot Capsules helped our dog. Jan 2017, he had two very large lumps either side of his thyroid. He was lethargic and looked unwell.  We incorporated one blood root capsule with a spoonful of cottage cheese, some glycine and a drop of progesterone oil in his dinner and a few months later both the lumps were gone and he is in great shape.  He has so much energy, his coat is shiny and he in amazing health now.  It all worked wonderfully.  I will keep him on this regime for the next twelve months. Thanks!
-KD

With black salve I have removed over 30 basal cell cancers off my body, my legs Especially after I had a big melanoma removed  surgically ( before my daughter put me onto the black salve ) from my ankle . Just thought I'd test a spot  near  the old scar as doctor told me they had removed it all. What a mess there was another 6. All good now thanks to black salve!
-Dianne

I had a open sore on my left triceps for over a year. I went to a "Doctor",they said "BIOPSY". A friend suggested Black Salve.I ordered it followed the instructions to the best of my ability, in two weeks it scabbed and healed to a slit scar that you would have to look for to see.
-Billy

I had a squamous cell carcinoma taken out the side of my face. It just felt like a small sharp pimple. The dr went in twice because the margin was borderline. A while later another spot came up which felt the same so I put a tiny bit of black salve on and covered it with a band aid for 24 hours. It became white with puss. It was quite small. I believe this was another cancer. I have put the salve on other parts and nothing has happened. I don't put it on my nose just in case though.
-Karen M.

So thankful for this wonderful product. After treating a basal cell carcinoma on my nose with a doctor's photodynamic therapy, it still persisted. So I ordered some Black Salve with DMSO from BOE and applied it as directed. After ten days the eschar fell off. BCC gone, confirmed by doctor. Skin clear. Nothing recurred. So happy!
-Ron

Black Salve, when used sensibly, enables me to undertake procedures to remove sunspots that would otherwise require surgical removal. This is important to me because it not only is less intrusive on my skin but also gives me the choice as to when & where I carry out the removals. Very happy with this product.
-Ned N.

Since the time I first had my lung cancer diagnosed- 4.5 years ago- I have taken 3 of the black salve bloodroot capsules 2x per day. Each naturopath I have had comments that this is an extremely good product but unfortunately it now doesn't meet the Food and Drug regulations in Australia. I wouldn't be without these capsules and know they have contributed to my conflict of a 6 months prognosis.
-Yvonne S.

Ordered black salve over 3 years ago as a last resource before undergoing lip surgery. It worked fast and kept me away from the surgery. My doctor was very pleased with my decision. Have been using the same product ever since with excellent results. My friends to whom I recommended Black Salve have had the same positive results. My wife loves it.
-Jose C.

I am so sick and tired of the lies put out in the main stream media,
paid for by Big Pharma.

Today, the Dr Oz show aired a compete hit piece on Black Salve,
and in describing the actions of black salve, threw science right out
the window by saying the following:

a :  to undergo decomposition from the action of bacteria or fungi

Friends, please recognize that Big Pharma, mainstream media
and the FDA/TGA will stop at nothing to take away your rights to
effective natural products.

I suggest you stock up, because this is the latest wave of medical
tyranny coming for you and your loved one's health!